As part of our commitment to the local community, Sawyer & Co are supporting various local events and organisations. Below is a list of just some of the work we have done in recent years. For the latest news on our community work please visit our Facebook and Twitter pages. 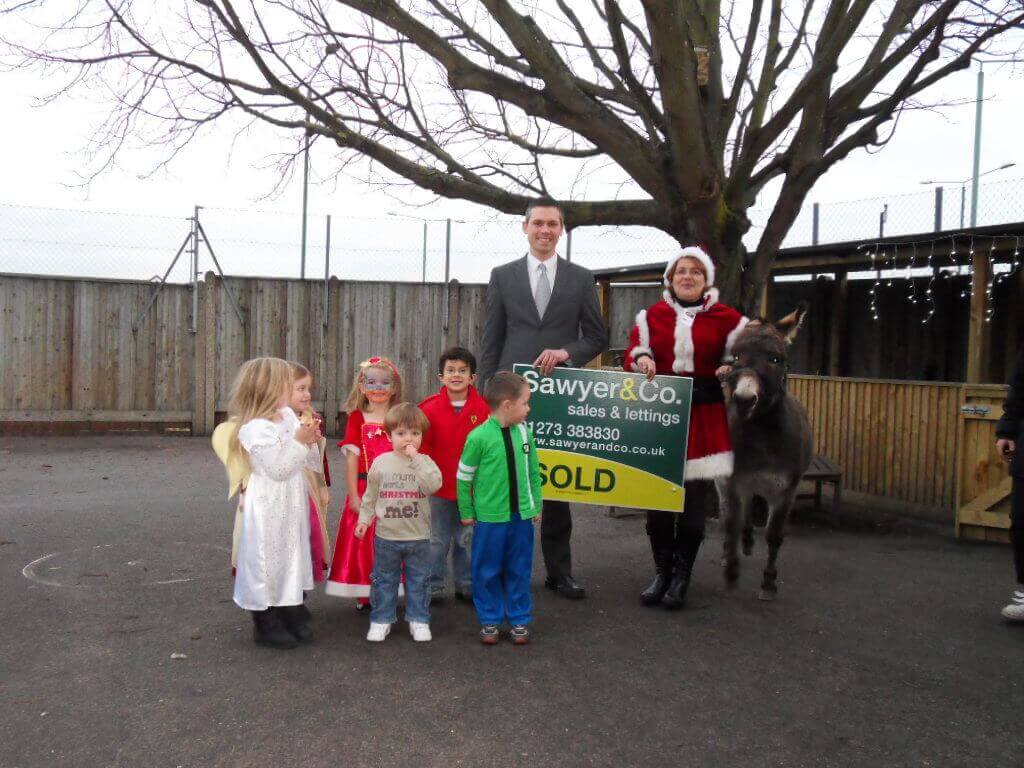 For a number of years Sawyer & Co has sponsored various fund raising events at Brackenbury Primary School including the summer and Christmas fairs and the Easter art competition. We even contributed to the school’s solar panels.

"Brackenbury Primary School express their gratitude for your support in helping us to raise funds which will be spent on improving equipment and resources to enhance the childrens’ education. Thank you."

For a number of years we have sponsored the Christmas Fair at West Blatchington Primary School.

"Thank you for the generous donation of £250 top prize for our School Winter Gathering Raffle. Money raised from ticket sales have helped fund ongoing tennis coaching for the pupils. On behalf of all the pupils, parents, carers and staff, a huge thank you." 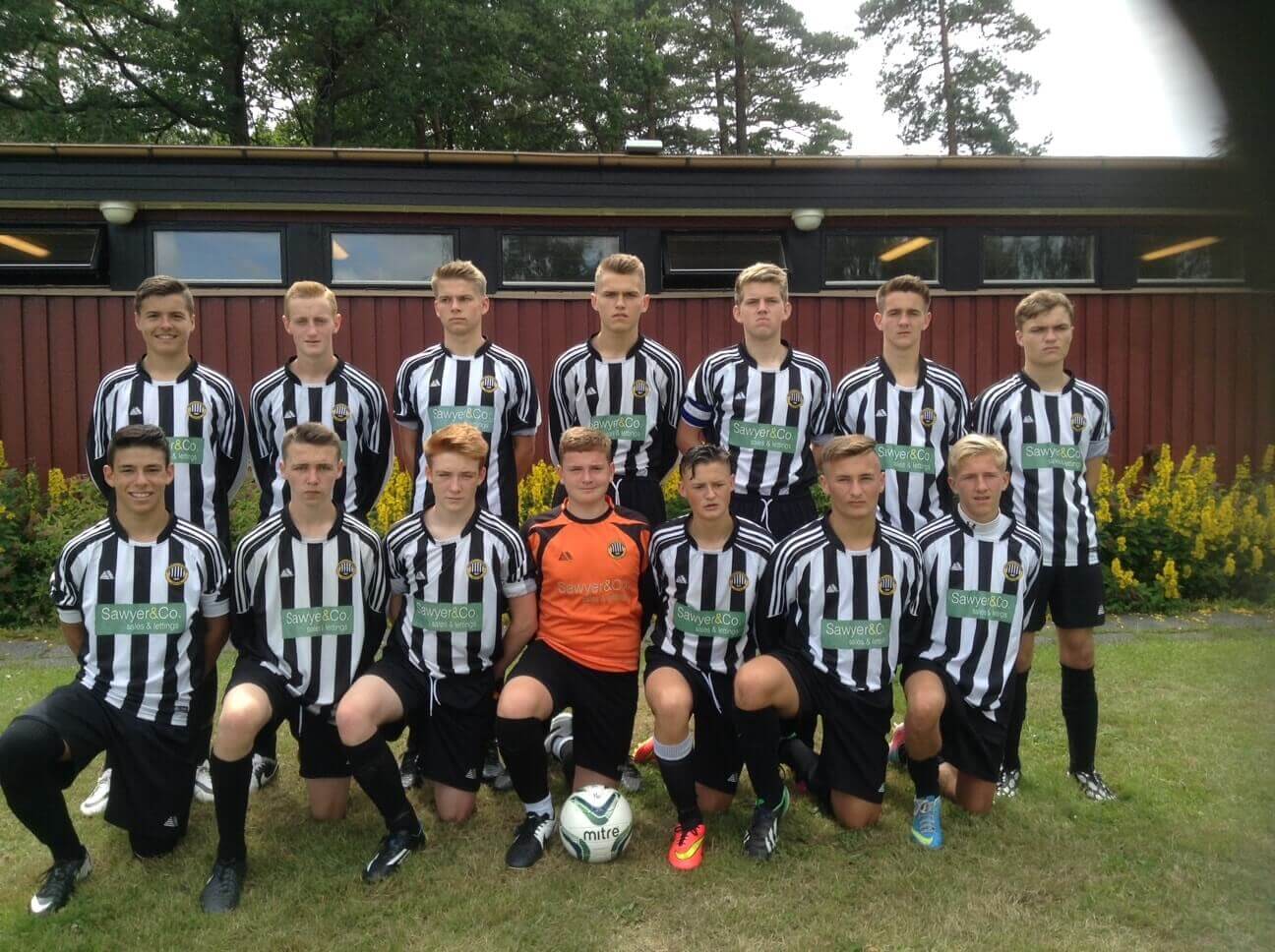 Sawyer & Co have decided to sponsor the under 13's football team that will be starting to play as of September 2010 following their successful season at under 12 level. 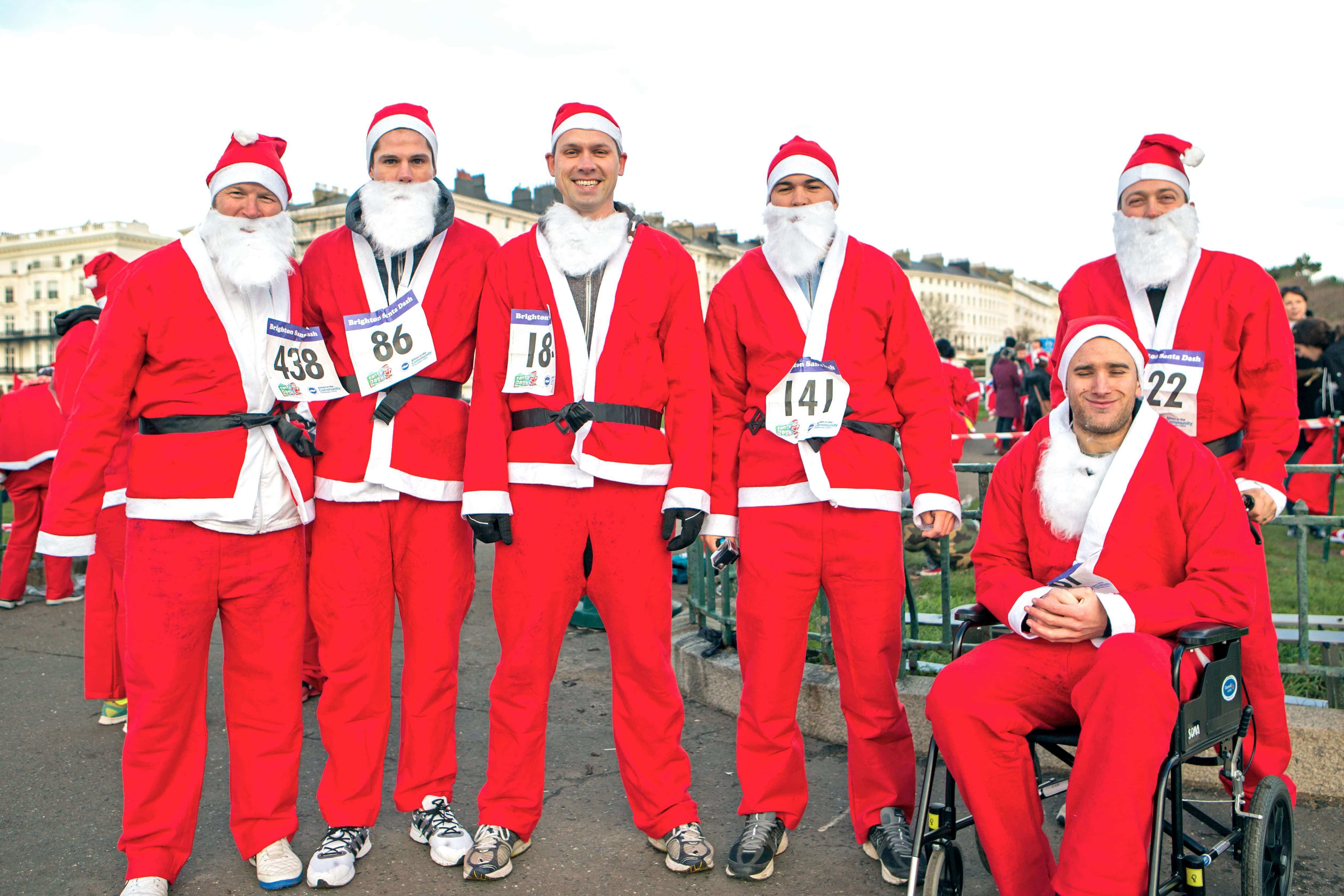 The seasonal event saw a team of 5 very keen estate agents, dressed in Santa’s finest, literally dashing to raise money for Albion in the community, a local charity that uses the power of football and the reach of Brighton & Hove Albion to deliver projects in the areas of health, education, disability and social inclusion all underpinned by their core themes – increasing participation, creating opportunities, tackling inequalities and improving health.

Sawyer’s intrepid Santas pictured from left are Chris Sawyer, Ashley Butler, Adam Farrell, Nick Lee and James Perry in the wheelchair. Ironically James broke his foot playing football recently but definitely did not want to miss out on this worthy cause so not being ones to "leave a man behind " the guys decide to push him the 5k instead. Great fun was had by all and a healthy sum raised for this very worthwhile charity. 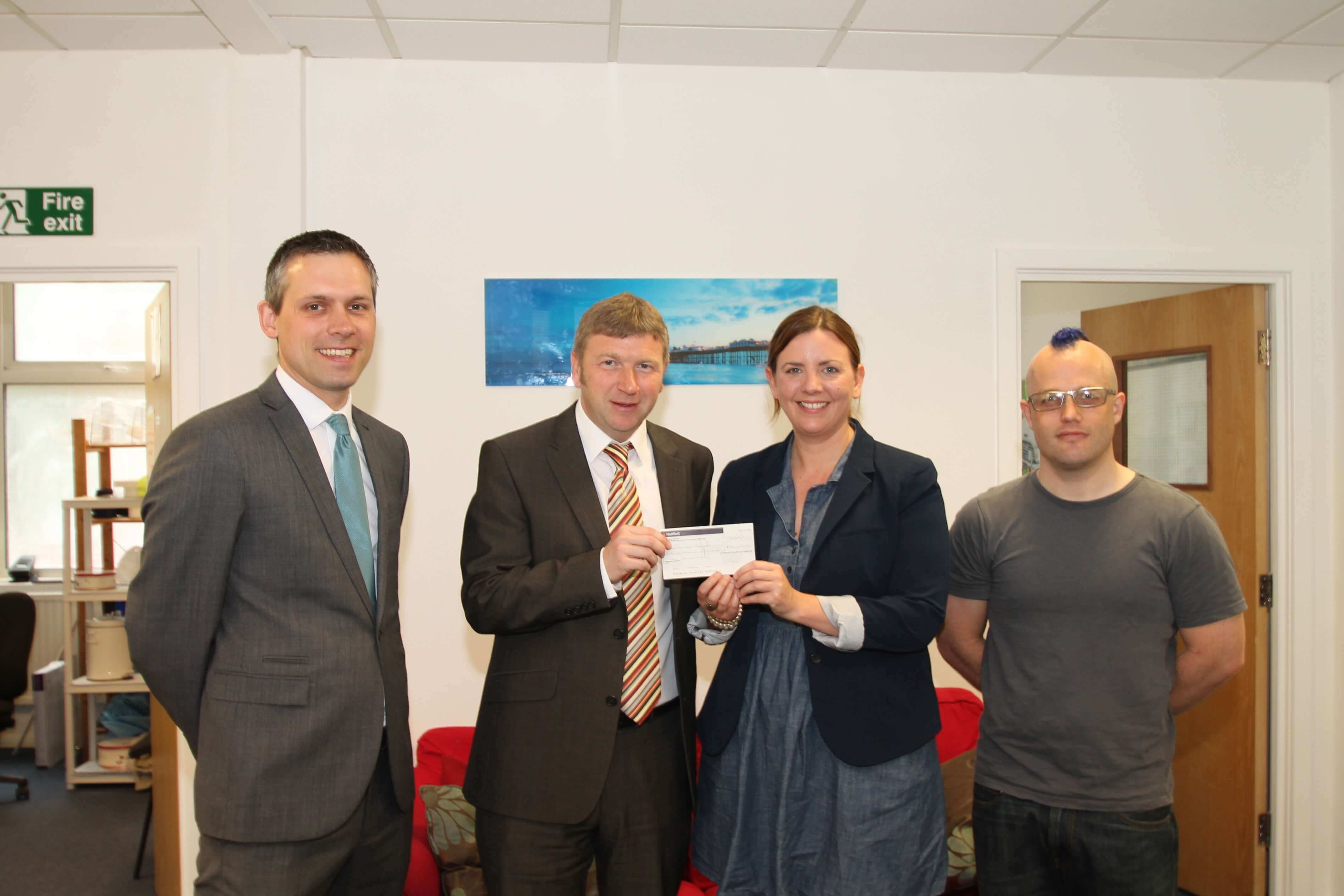 Chris Sawyer and Adam Farrell present a £750 cheque to the Clock Tower Sanctuary on behalf of the Brighton & Hove Estate Agents Association.The Sanctuary provides information, advice and support to young people between the ages of 16 and 25 who are homeless or insecurely housed.

As part of our continued support of the local community, this year we agreed to take on sponsorship of one of the men’s teams from Brighton and Hove Cricket Club (BHCC). The teams play their home games at the Neville playing field which means that we are privileged to be able to enjoy many of these matches first hand. Directors Chris Sawyer and Adam Farrell joined the team at a recent photo-shoot following a game against the Preston Nomads.

BHCC is the only club in the city that offers top level cricket for men, women and juniors http://www.pitchero.com/clubs/brightonhovecricketclub

It has been a very exciting first season for us and we intend to continue our sponsorship of the team into 2016 and beyond. 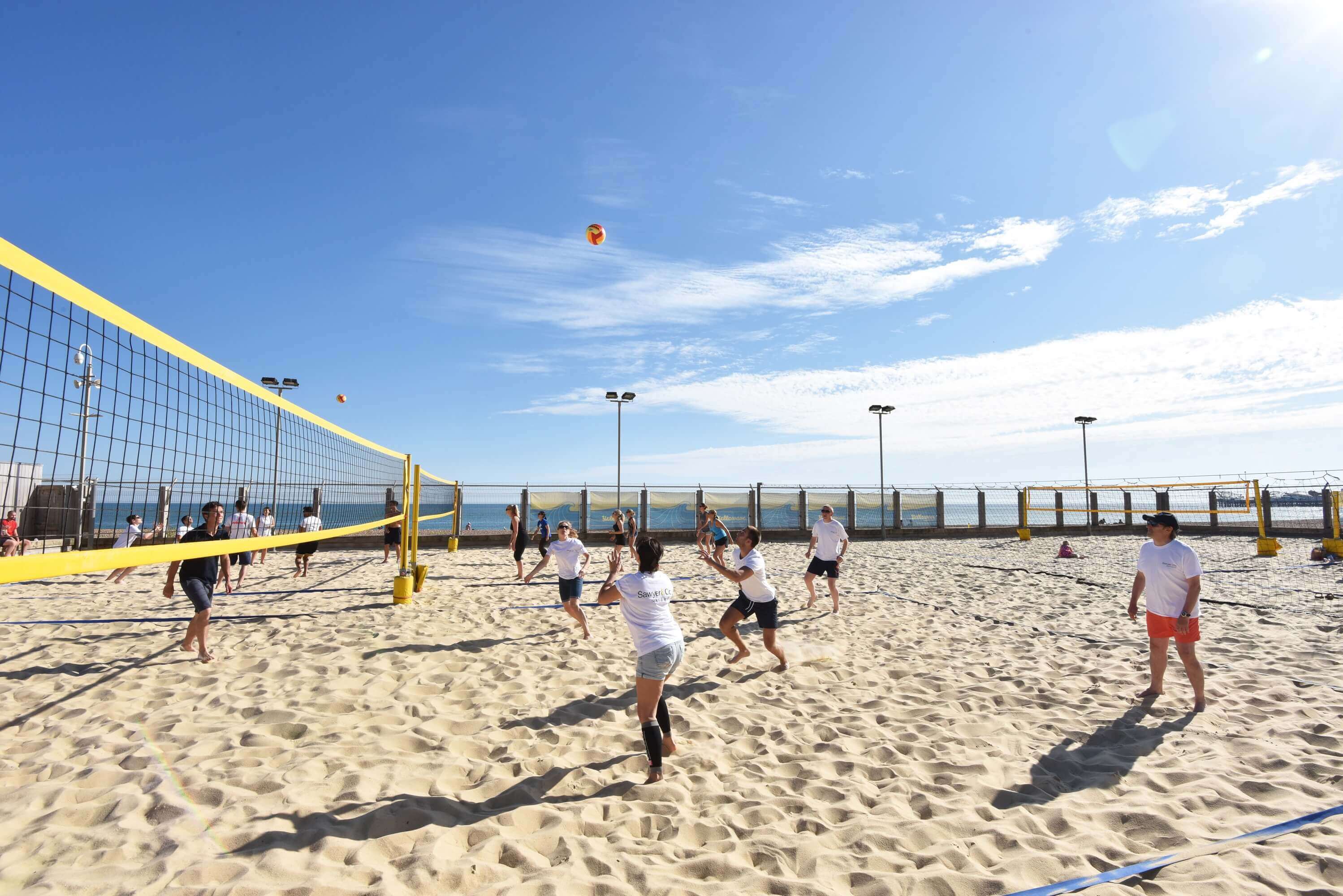 On July 10th 2015 at the Yellowave Beach Sports Venue in Madeira Drive, the annual Brighton and Hove Estate Agents Association charity volleyball tournament saw a host of the City’s competitive estate agents and solicitors avoiding ‘six packs’ and ‘facials’ whilst swinging ‘paint brushes’ and aiming for ‘kills’ in their attempt to achieve glory status. Team Sawyer & Co. managed some great rallies, blocking, digging and spiking their way to some passable play, sadly missing out on the semi-finals but having some great fun, a bit jungleball but lessons learnt for the next challenge! 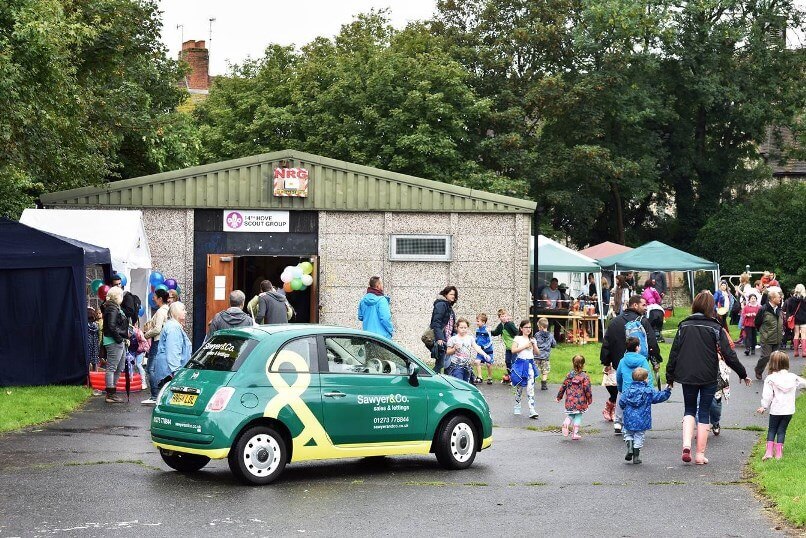 Sawyer & Co are proud to have sponsored the Vale Park Fun Day. A great turn out and atmosphere despite the weather, showing what a great community there is in Portslade. Just under £1500 was raised to go towards some great causes including a contribution to the Shoreham airshow disaster. Well done to all involved.

Do you have any questions?

If you need more information on any of our services, want to book a valuation, want to arrange a viewing or simply would like to chat with us, contact us now and a member of our team will be happy to help you. We look forward to hearing from you.

How can we help?

We’d love for you to get the most out of the services we offer using the information available. If you can't find what you are looking for send us an email or contact us directly. We look forward to working with you.

Once logged in you can amend your personal details, add/amend/delete email alerts and access your saved properties.

New property alerts are sent to your requested email address at your selected frequency once an we publish a new property or a price change takes place.

To manage your alerts, click on the members icon at the top of the screen once you are logged in alternatively you can access this from each and every property.

You can register here!